Keeneland September graduates have delivered spectacular success to those pinhookers with keen eyes for identifying potential in young Thoroughbreds.

As the world's largest yearling auction, the Keeneland September Yearling Sale is the primary source for pinhookers, those horsemen and horsewomen who speculate on buying young horses with the intent to resell them as 2-year-olds, hopefully at a profit.  And profitable they are...

One prominent Florida-based horseman with a long track record of success with September Sale pinhooks is Ciaran Dunne of Wavertree Stables. Among the most recent scores for Wavertree is multiple Grade 1 winner Colonel Liam, a Liam’s Map colt bred by Phillips Racing Partnership. Offered by Darby Dan Farm’s 2018 September Sale consignment for $50,000, the colt was bought by Robert and Lawana Low as a 2-year-old at the Ocala Breeders’ Sales Company’s April sale for $1.2 million.

Wavertree also knocked it out of the park with an Uncle Mo colt purchased at Keeneland from Taylor Made Sales Agency for $335,000 that sold earlier this year as a 2-year-old for $1.2 million. 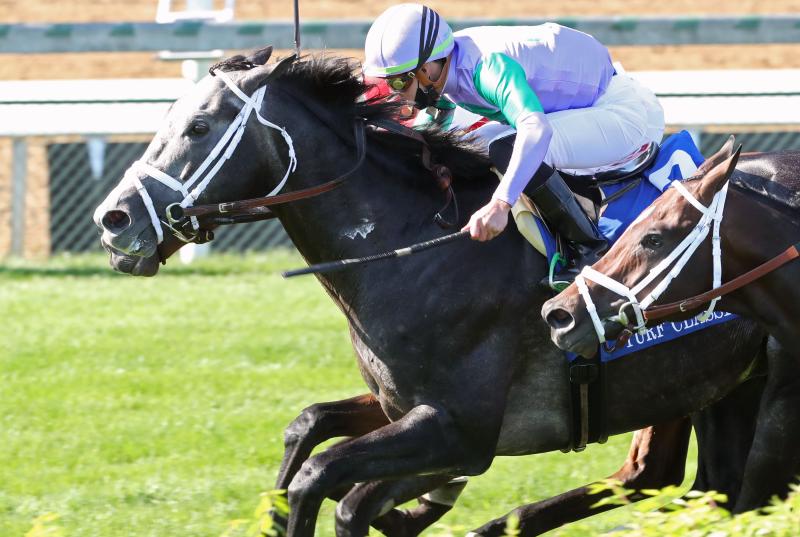 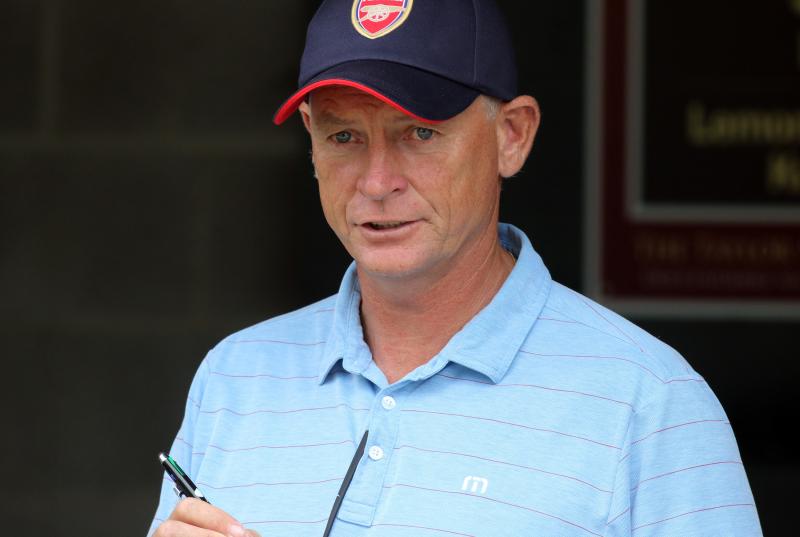 In pinhooking, the goal is buy low and sell high. Brad and Misty Grady’s Grand Oaks played that to perfection when paying $220,000 for an Into Mischief yearling filly from Summerfield, agent, for breeder Grace Thoroughbred Holdings in 2018. The filly, later named Gamine, was then bought by Michael Lund Petersen as a 2-year-old for $1.8 million. After winning the Breeders’ Cup Filly and Mare Sprint (G1) in track-record time at Keeneland, Gamine was honored with an Eclipse Award as female sprint champion and has four Grade 1 wins on her resume to date. 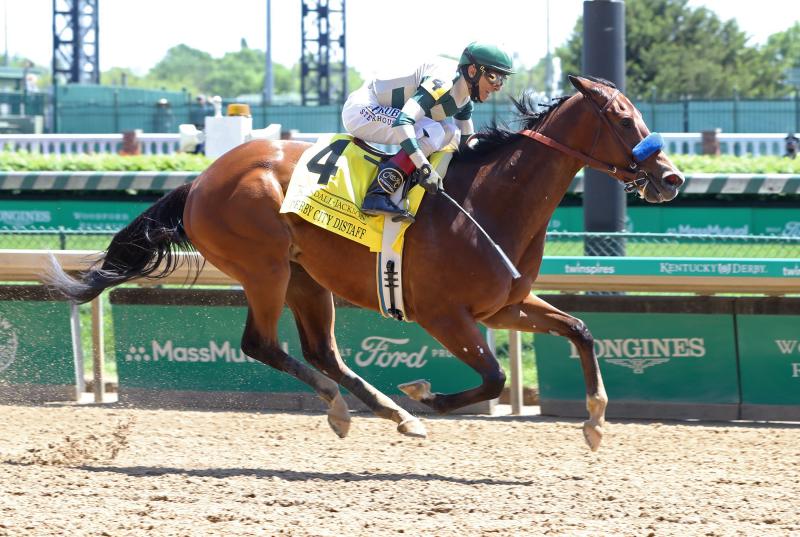 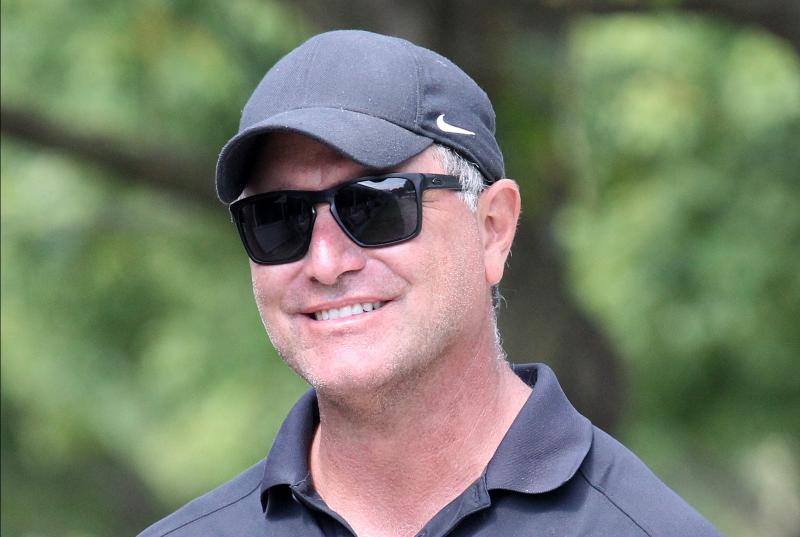 David McKathan and Jody Mihalic pride themselves on looking at nearly every horse that goes through the September Sale ring, seeking diamonds in the rough to be sold through their Grassroots Training and Sales. At the 2017 OBS April sale, a fast Eskendereya colt offered by Grassroots sold to Bill and Corinne Heiligbrodt’s East Hickman Bloodstock for $140,000. That transaction represented a sevenfold return on the colt’s $20,000 Keeneland yearling price when offered by Eaton Sales, agent for breeder Edward Cox Jr. That colt, Mitole, displayed brilliance on the track for trainer Steve Asmussen, earning more than $3.1 million and receiving an Eclipse Award as champion male sprinter. 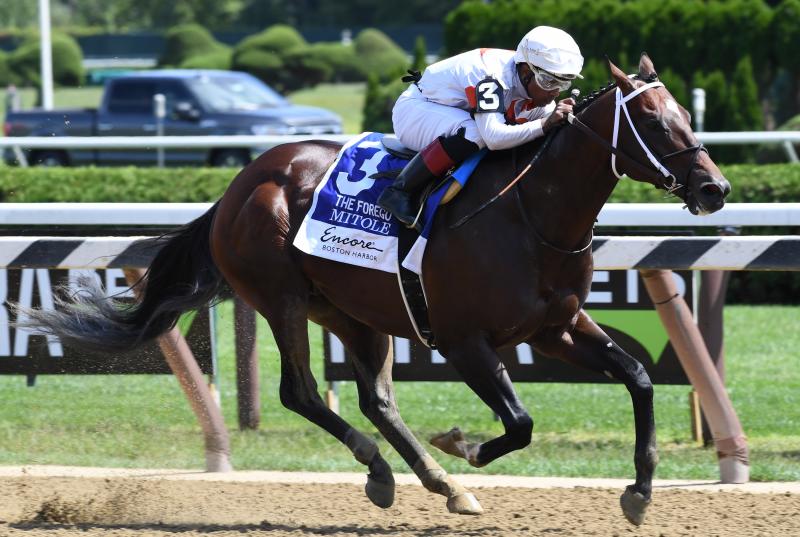 Jimbo and Torie Gladwell’s Top Line Sales has emerged as one of the top pinhooking ventures, consistently parlaying moderately priced yearlings into standouts in the 2-year-old marketplace and on the track, as epitomized by Princess Noor. Bought by Mark Marino from Taylor Made Sales Agency, agent for breeder International Equities Holding, at the 2019 September Sale for $135,000, the Not This Time filly topped the OBS April sale when purchased by agent Gary Young for Zedan Racing Stables for $1.35 million. The filly displayed her precociousness by winning the Del Mar Debutante (G1) impressively in her second career start. 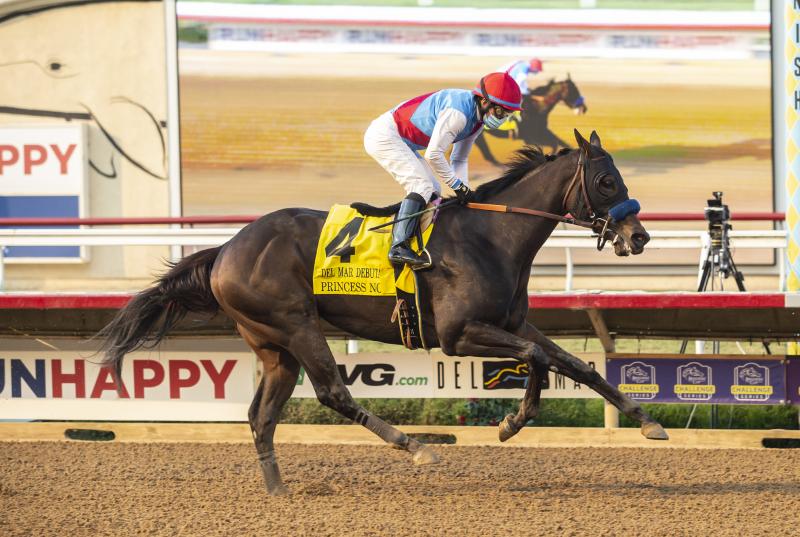 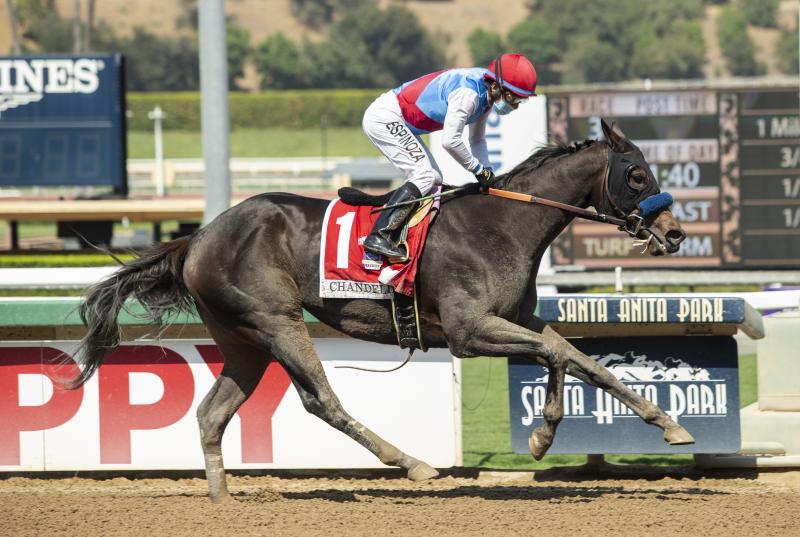 Kip Elser’s Kirkwood Stables’ knack for turning September Sale yearling purchases into profitable 2-year-olds that excel on the track was exemplified by Mucho Gusto, a Mucho Macho Man colt that earned more than $3.9 million and was victorious in the Pegasus World Cup Invitational (G1). Bred by Teneri Farm Inc. and Bernardo Alvarez Calderon, the colt was purchased at Keeneland by S.R. Schwartz for $95,000 from the Select Sales consignment. When the colt was a 2-year-old, Michael Lund Petersen purchased him on the advice of agent Donato Lanni for $625,000. 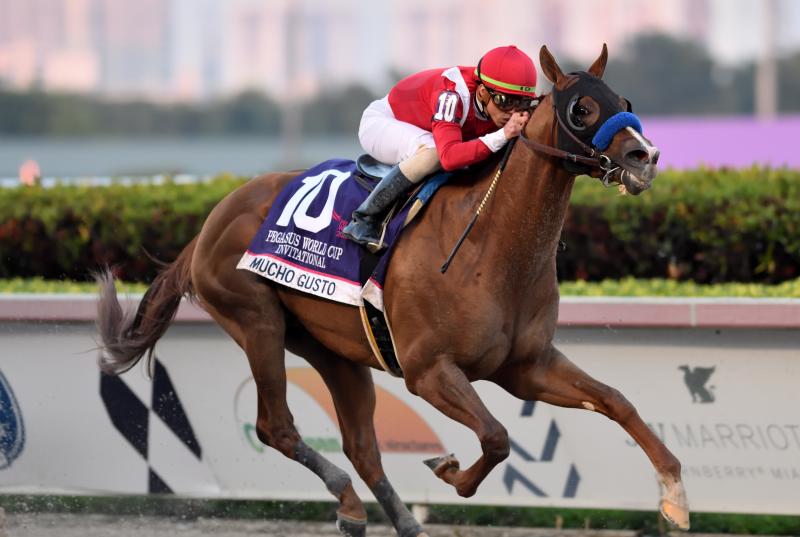 Patience Pays off for Woods

Exemplifying Eddie Woods’ patient handling of young horses are the results of horses he has prepared for racing such as champion Authentic and with yearlings bought to resell as 2-year-olds. Offered by Woods as a 2-year-old, an American Pharoah colt out of graded stakes winner Spice Island lit up the bid board when purchased by Jamie McCalmont, agent for Coolmore Stud’s M.V. Magnier, for $1.65 million. Bred by CESA Farm, the colt was a $215,000 Keeneland September Sale purchase in 2018 from Denali Stud. 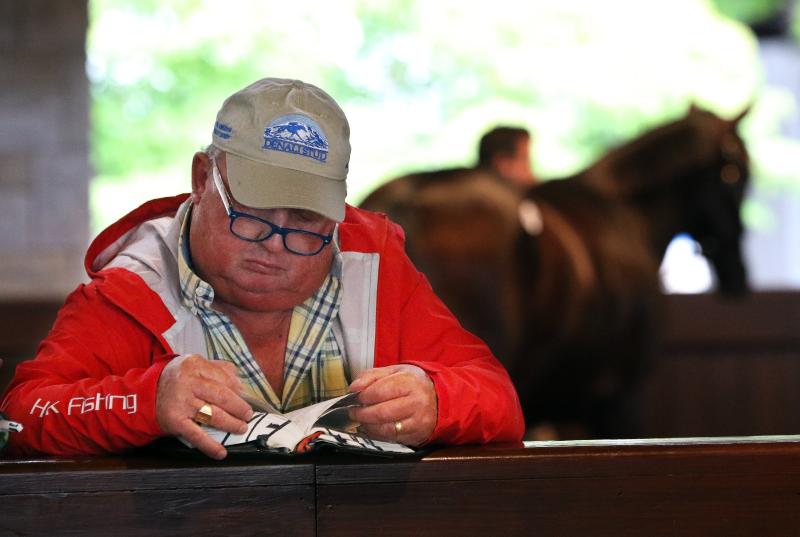 Niall Brennan consistently parlays September Sale purchases into profitable 2-year-olds, including a Medaglia d’Oro filly sold  for $1.2 million. Bred by Don Alberto Corporation, the filly was purchased by Gainesway for $200,000 at the 2017 September Sale. 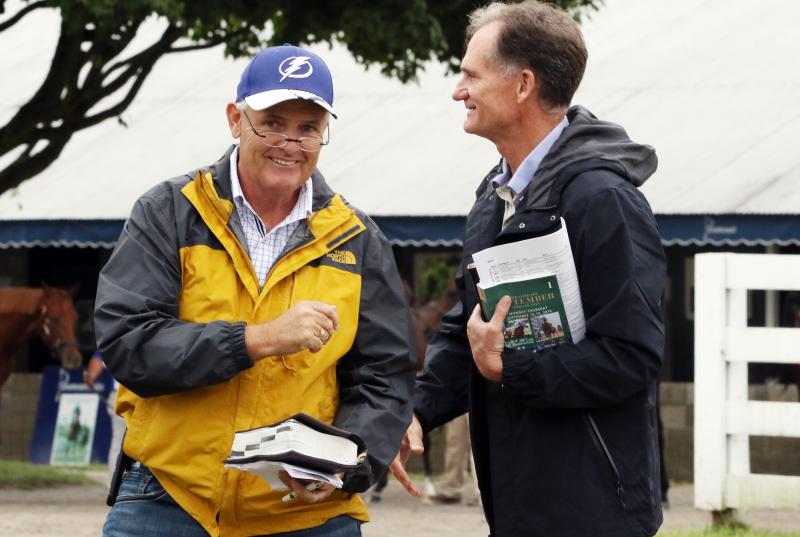 A Family Affair for the de Merics

Shopping the September Sale is a family affair for the Florida-based de Meric family, and the results of their pinhooking efforts often are realized in the 2-year-old sale ring. During the 2019 OBS April sale, one of their finds, a Quality Road filly was purchased by Narvick International for $1 million. The filly, bred by Ann Marie Farms, was purchased from Lane’s End at Keeneland for $220,000. 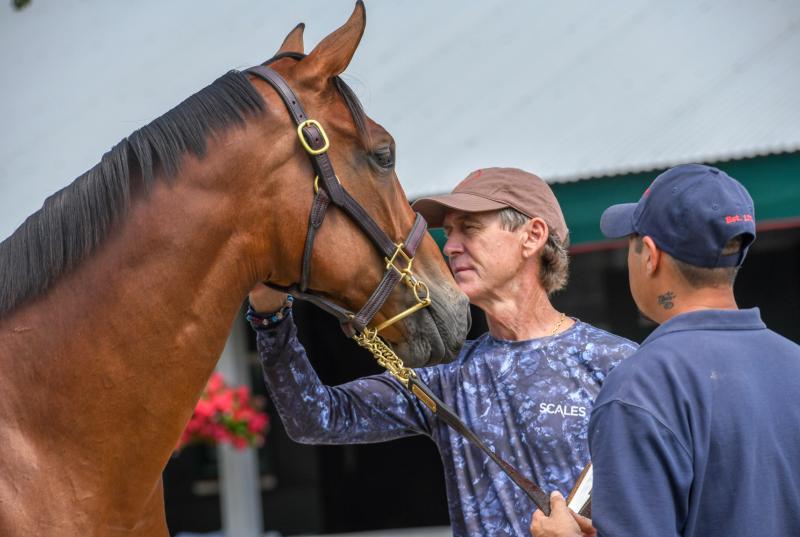 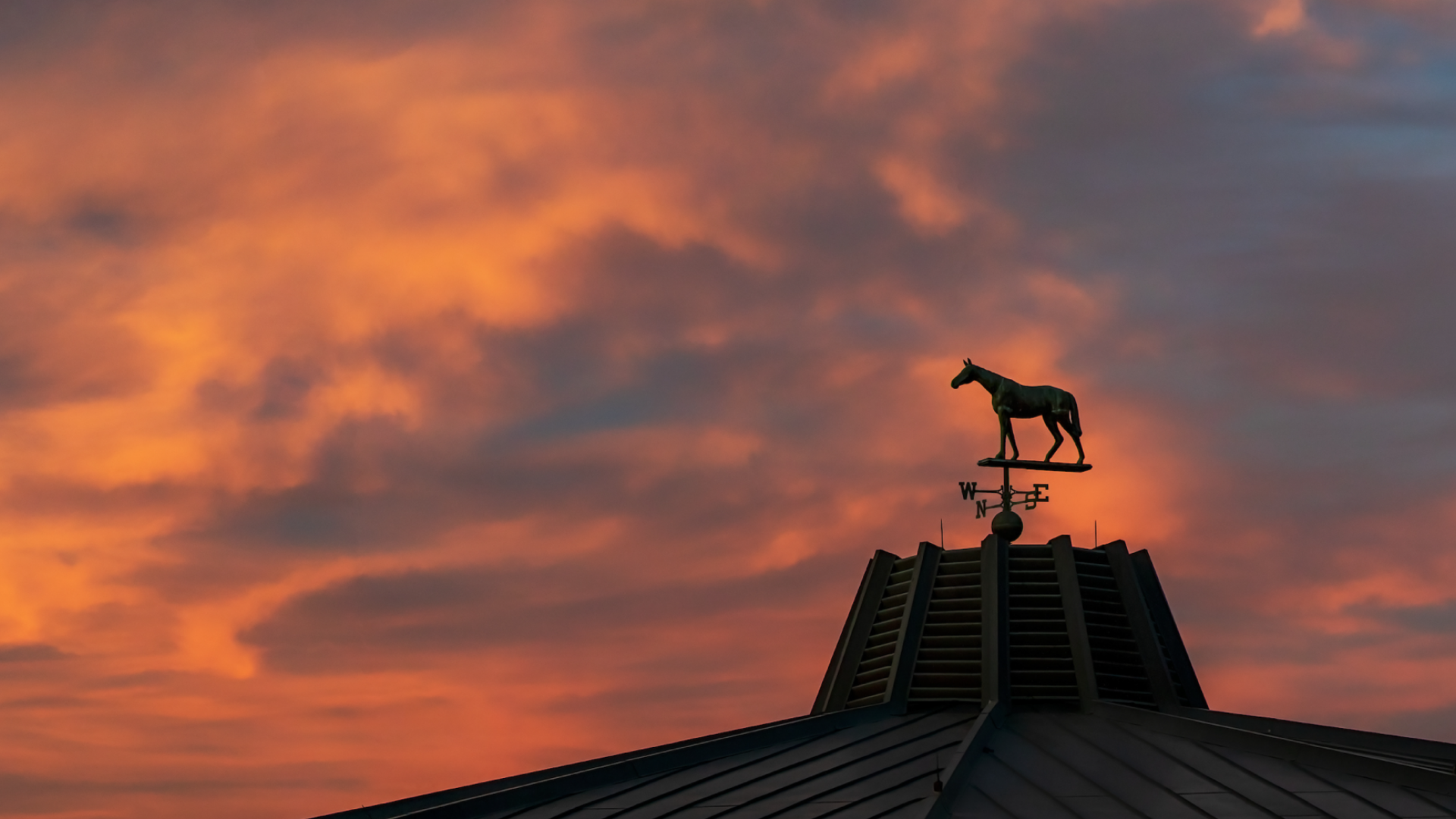 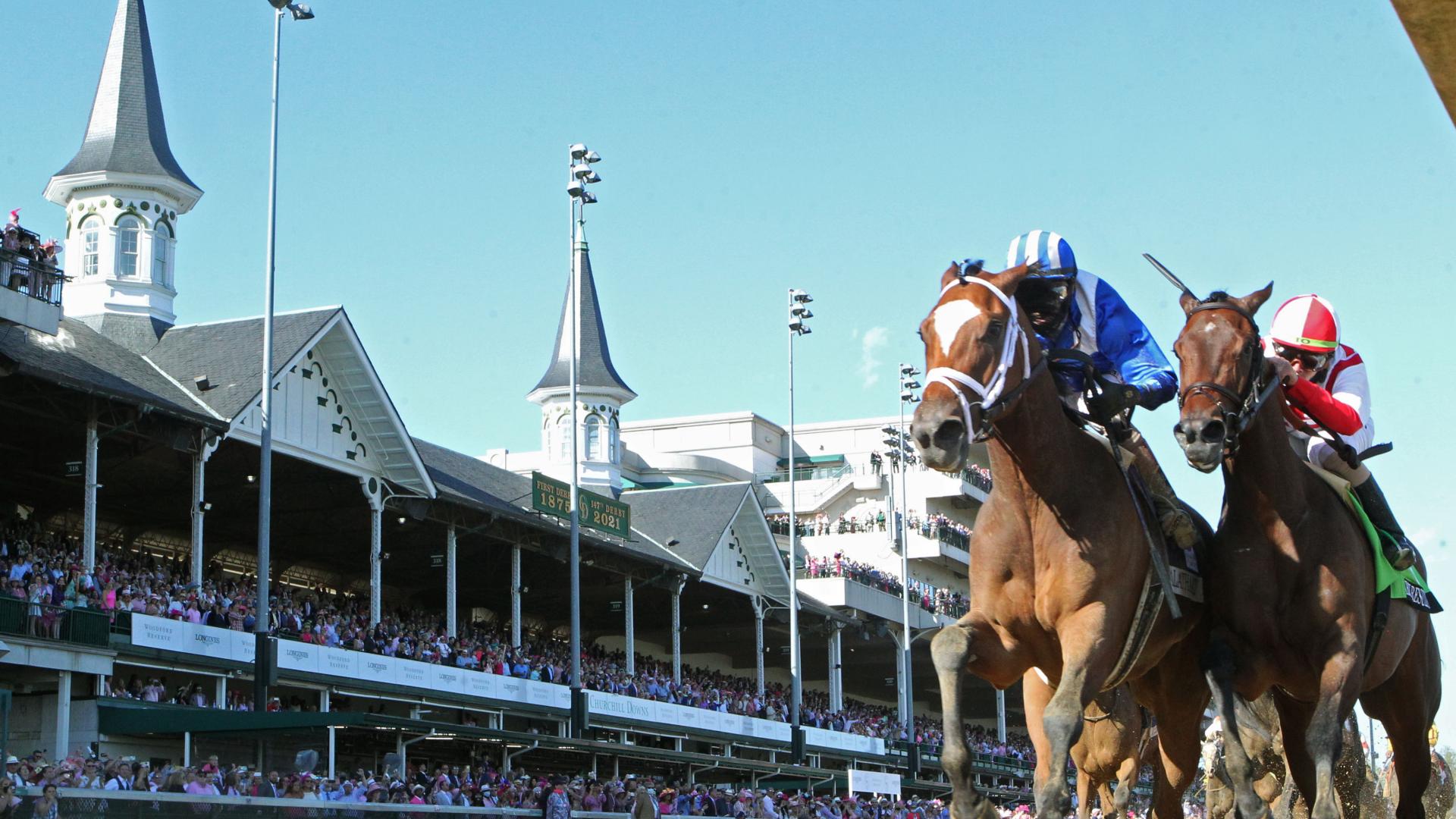 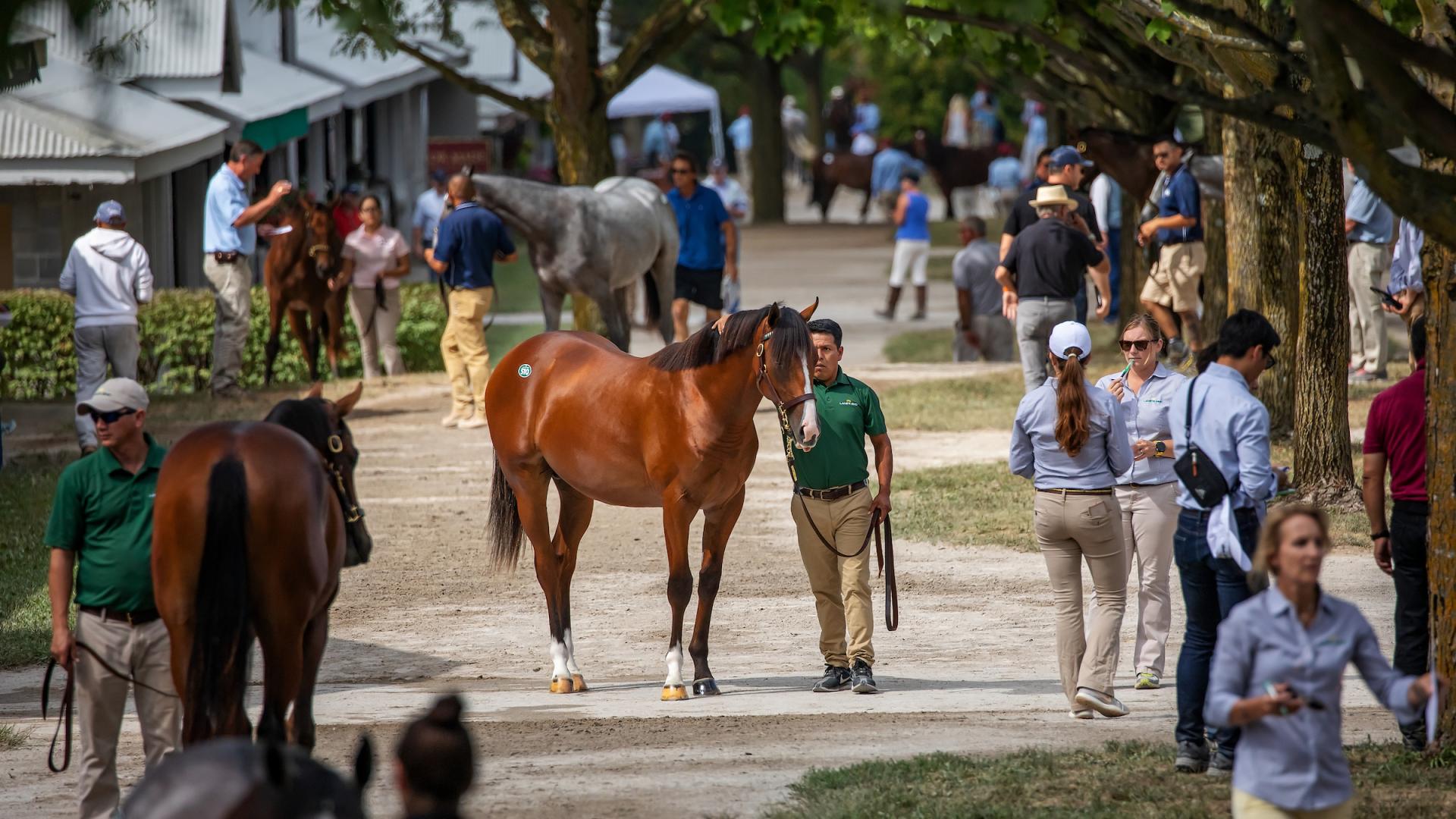 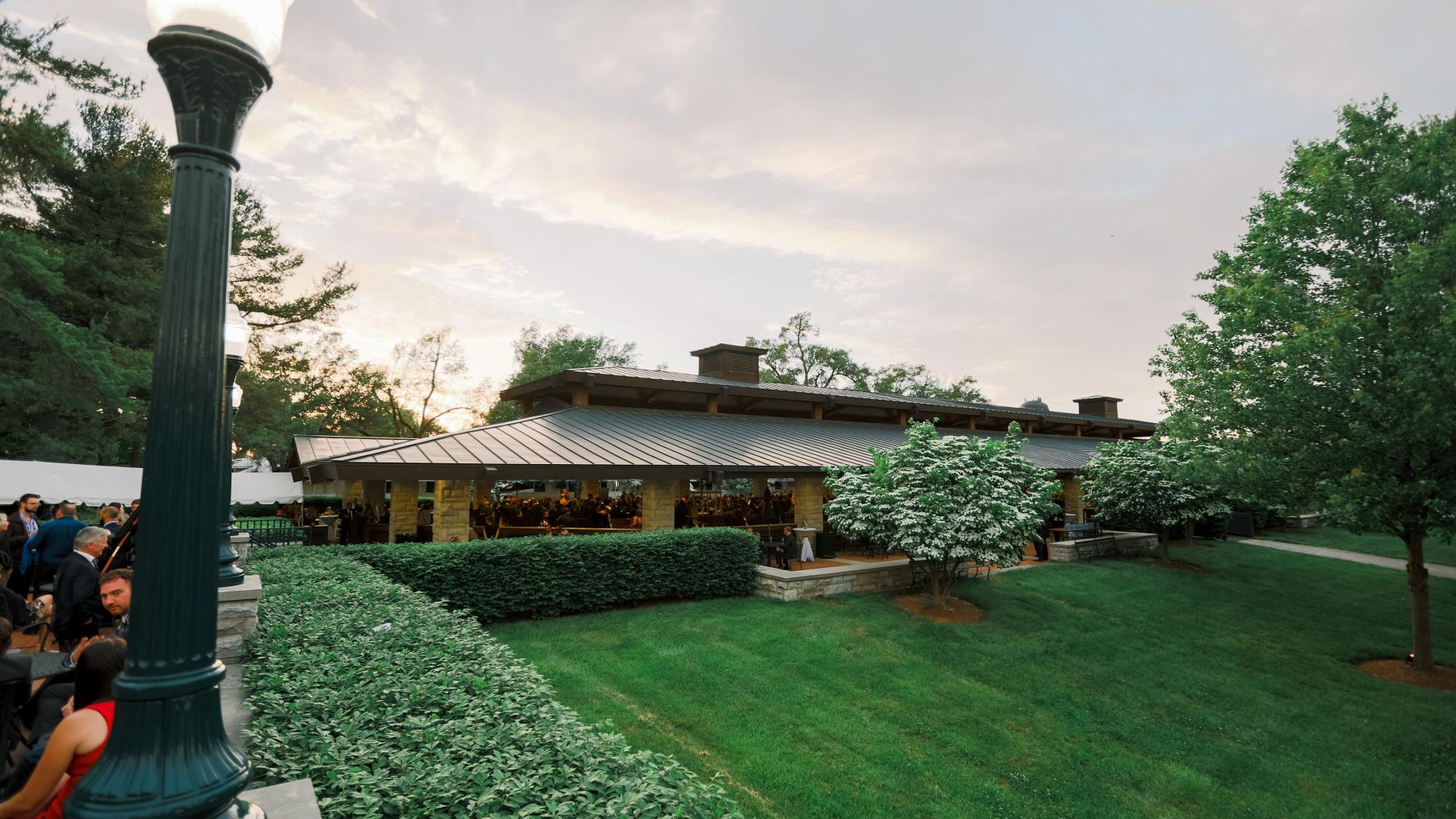 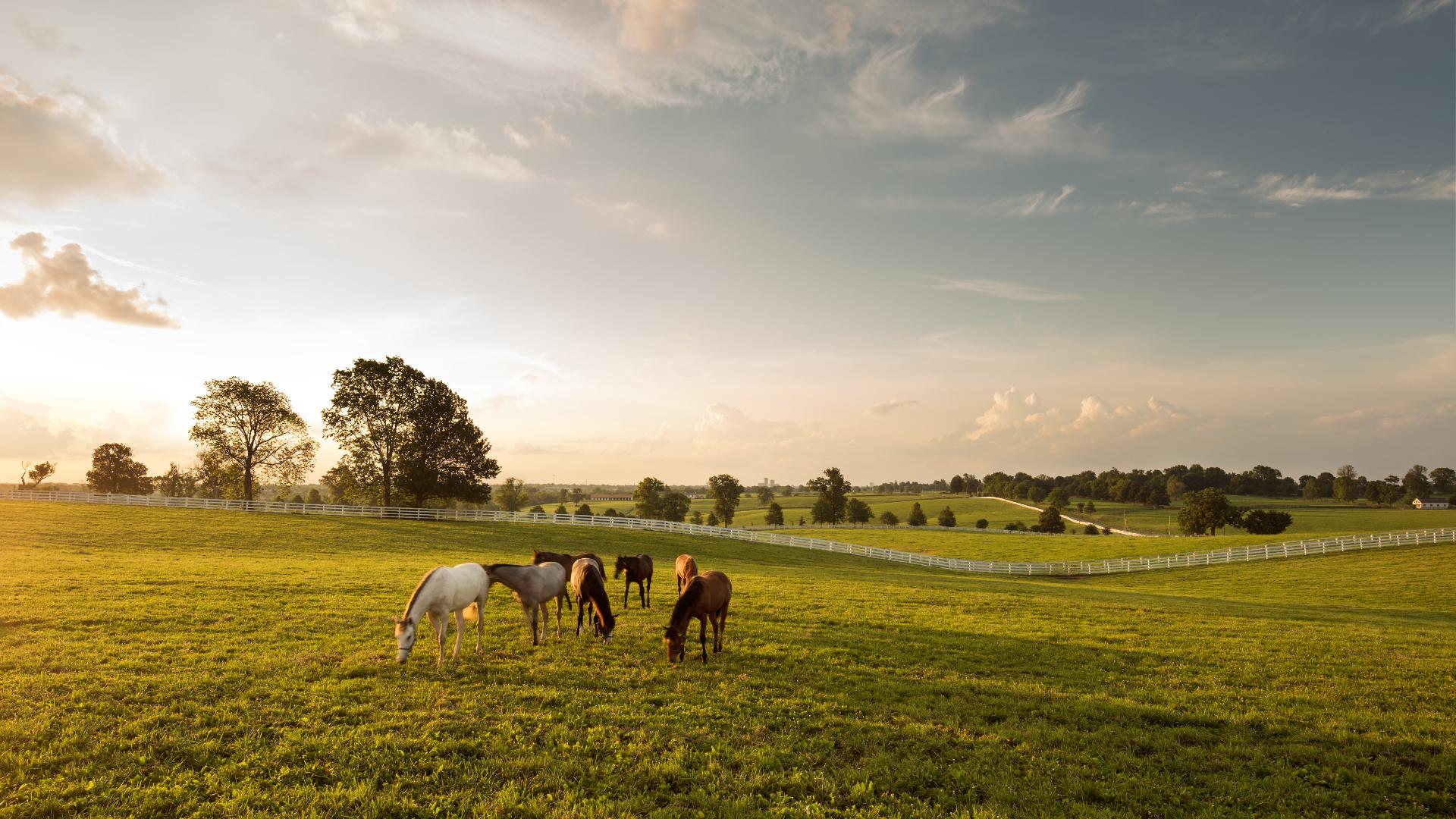 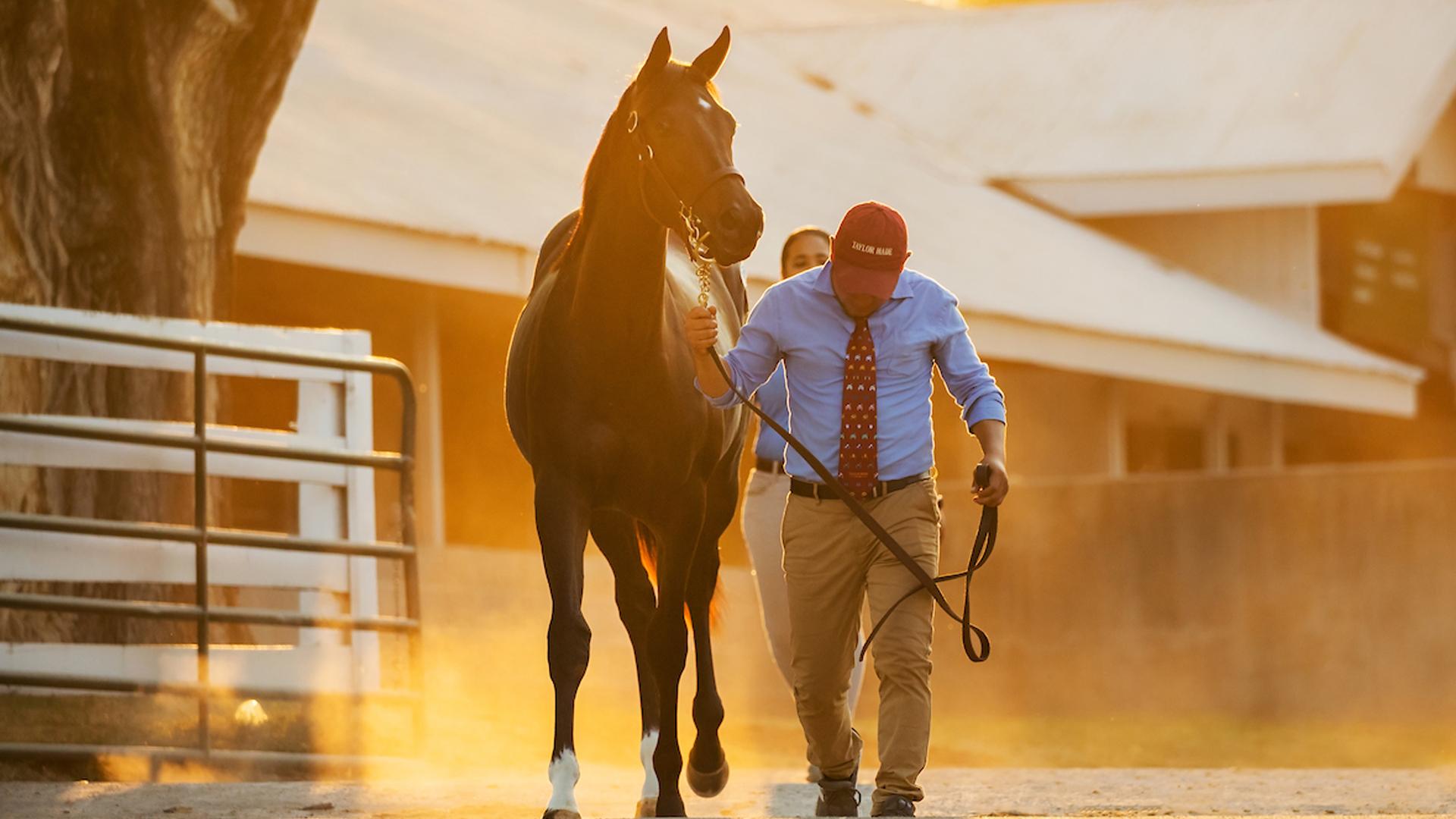